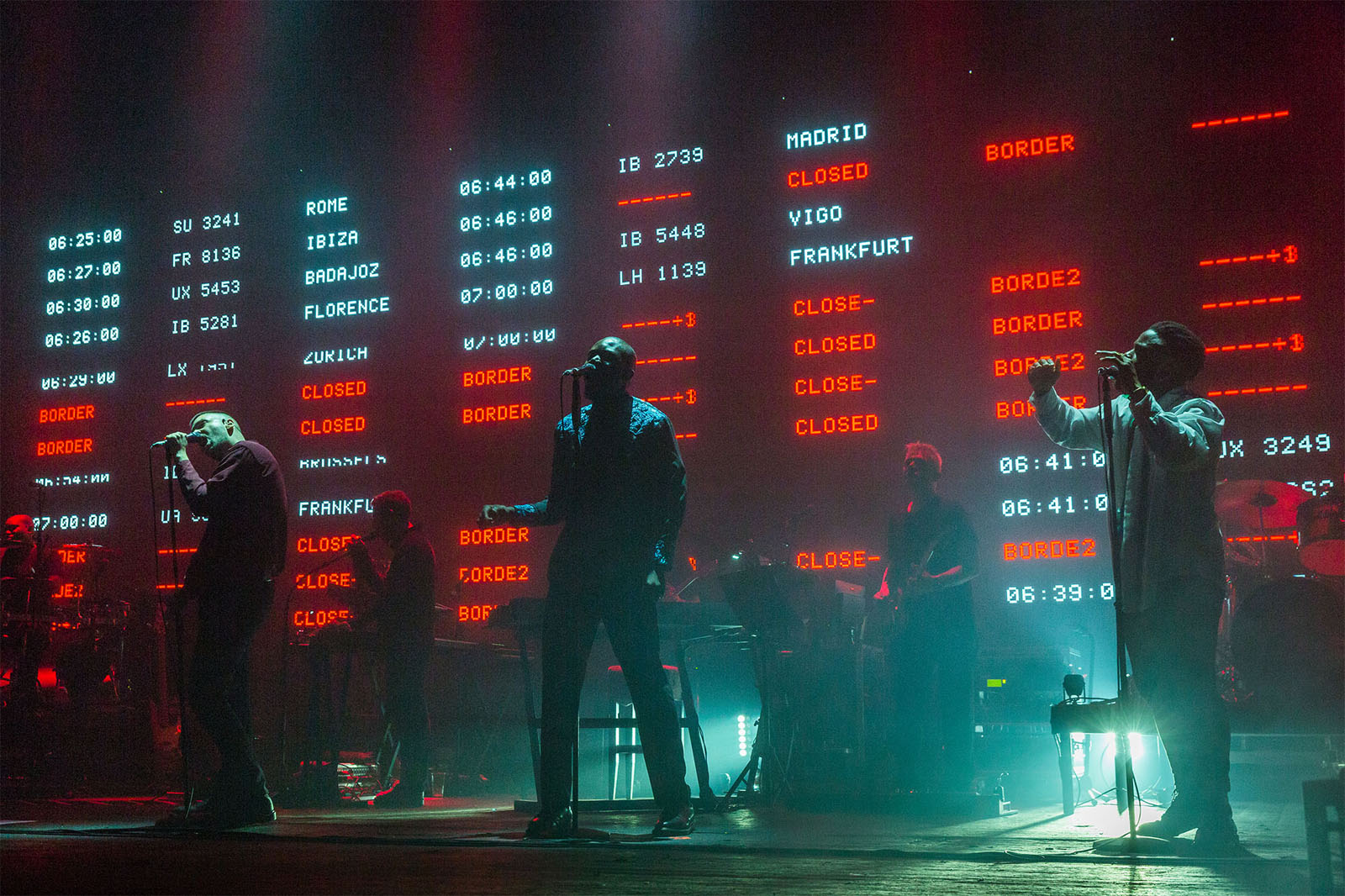 Where Were You? Script for a multi-screen installation with audience participation, talks and debates, by Claudine Boeglin | Dandy Vagabonds 2022

Série Anthropop
WHERE WERE YOU?

Where Were You?
This project is a photographic series produced between 2016 and 2019 at the edge of live stages in London, Barcelona and New York. An anthropop body of work on urban culture in motion, the series captures the cultural transhumances and collective transes music ignites under its sonic dome.
The lens focuses on human interaction rather than what takes place on stage. Simultaneously it serves as a time-capsule of an odd time in history where ‘The Bonfire of the Vanities’ seems a burning torch in downward spiral engulfing the end of stale tales such as the notion of ‘civilisation'.

The crowd in transe swaying high its denial, acts collectively as if untameable and oblivious; willingly subtracting its collective body from a strata of ferocious realities.

Let’s Dance!
To bury the traumatic ‘post-truth' era [or the disappearance of shared objective standards for truth] of a Middle East under the yoke of male-dominated sanguinary dynasties and corrupted governments; the rise and fall of Daesh; the sticky fingers of Russia on the Syrian chessboard; bluntly messing up the American elections.

Summer 2016, a tragic transhumance of people forced in exile, fleeing civil wars, famines, economic scarcities and natural disasters, is at the doors of Europe. Bouncers bouncing them back, erecting walls. Britain looses its flegme, fencing the Island of 'exceptionalism, divorcing Europe with Brexit. A crescendo of far-right militias and other hate groups bolstered by US president Trump’s white suprematist government, deploy virally from mostly sunny California, Texas and Florida to the confines of secluded [mostly white] villages in Middle-Europa.

Let’s Dance!
To sample techno beats along the waves of riots; the foam of social movements forming around hashtags. #BlackLivesMatter denounces race bias and police brutality, #MeToo have women come out on gender bias and sexual violences in the highest echelons of power of entertainment and media. Both movements intertwine in profoundly changing the status quo. They tear off the blinders behind which cultural, social and political institutions and corporations refused the evidence; white (mostly male) entitlement holding tight on its credentials. Now the so-called 'minorities' are jumping on the throat of obsolete and segregative narratives, Re-phrasing history in its awakening and changing the colours of influences.

Where Were You?
The title of the project, purposely provocative, interrogates, with a double-edged sword.

It evokes the dilemma of our existences in its acrobatic split between physical, virtual and fictional realities. It speaks of the existential fear of not being chosen by the lens openly scanning the crow; or feeling neglected when the number of ‘likes’ minimises one's digital presence.

Digital silence and the absence of technological replica result it seems in similar culs-de-sac, plunging the self in a social mal-être. When a collective narcissism and its wounds mobilise cultural attention, what are we missing?

The title raises an ethical question. Whereas if information accessed in continuum gives us the ability to counter-act, we [as humanity] accept the individual / collective responsibility of our responses.

Where Were You?
Swinging bodies move and glow in the dark. Without animosity, they surreptitiously consent being sealed, touching one another, wet and voluptuous in sonic heatwaves. Somewhere else, bodies in movement furtively hide in the dark. Entangled and sealed by the unknown, people forced to displacements, deprived of the choice of a destination, walk through borders solo and gathered, carrying children and belongings.

Let’s Dance!
Have we missed the point? Have we lacked consideration?
Were we blind, indifferent, busy diving into the vortex of images, for the constant digital catwalk on which we were elaborating our theatrical self, to be fed a hall of mirrors of shelves? Not only will our digital production entice corporate and political traceability—eventually instrumentalisation, it might also be judged for what we have willingly chosen to ignore.

In a manufactured memory collectively retrievable, our denials and silences wear a moral signification. When ignoring the facts, refusing the evidence, building conspiracies might define who we are beyond our provenance. What we believe is History reminds us regularly that what we haven’t addressed as a society will always come to haunt us.

Let’s Dance!
Wrapped in the heatwaves and the undeniable power of music, together we are the palpable proof that unity in diversity is possible. All of a sudden, the outside world rolls down numbers on Massive Attack’s LED screens, facts are calling our political conscience on the side of Syrian refugees.

The world is no longer waterproof, its pulse accelerates, the world needs us.